Some of our museums are now running on Winter opening times. To find out more, visit the Opening Times page.

Welcome to the blog for the Matt Stokes at Museums Northumberland project!

We'll update this page regularly with links to stories and content from the project, as well as stories that give you an insight into how the works came together across all of our sites... Enjoy!

Visitors to ‘Soundmirror’ by Matt Stokes at Woodhorn Museum will hear the rise and fall of a rather unusual football chant fill the museum this summer.

The words of the chant are, in fact, the Latin name of the ‘Jackie Milburn Orchid’, which was grown and named for the local footballing legend by Northumbrian orchid grower W J Stables in 1953. 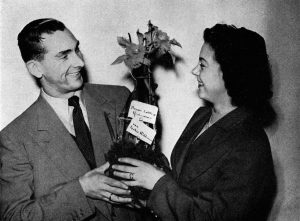 Press photograph of Jackie and his wife Laura, with the famous orchid

This extraordinary Northumberland story was discovered by artist Matt Stokes during his research into a new collection of Jackie Milburn’s personal family ephemera which was recently gifted to the museum by Jackie’s son Jack Milburn.

Following the Milburn Orchid’s inclusion in the Newcastle and District Late Chrysanthemum Show in 1953, the office of the Mayor of Newcastle suggested that the Latin name of the orchid, x Brassocattleya Heatonensis, should become a new terrace chant at St James’ Park. Perhaps unsurprisingly, this ambition was never realised, until now.

During early summer 2019, Stokes worked with members of our local communities to record a real version of this imagined chant for his exhibition at Woodhorn Museum this summer. 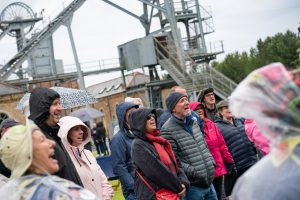 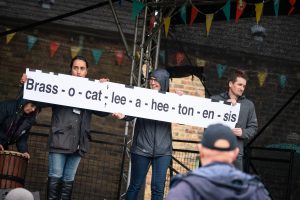 We’d like to thank all the visitors to the Northumberland Miners’ Picnic 2019 and the members of ‘Sing Morpeth’ community choir who contributed their voices to make the Milburn Orchid terrace chant happen.

Find out more about the story of the footballer and the orchid by visiting ‘Soundmirror’ at Woodhorn Museum this summer.