John was employed by the Bailiff of Hexham and the Archbishop of York. He started working here in 1332.

John is the first recorded employee at the Gaol. He was paid 2d a day but he was also a trained barber and was allowed to make money from this too. His wife and family lived with him on the top floor of the gaol and helped look after the building and its inmates. John’s wife brewed ale and cooked food, she was probably helped by some of the female and children prisoners.

John would receive prisoners from the Bailiff of the town. His job was to search them and anything valuable or dangerous, e.g. a knife, would be taken away and locked in an outbuilding. John would then put the prisoner in chains – light, heavy, or no chains – depending on his judgement or instructions from the Bailiff. 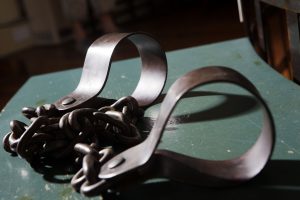 John would then escort the prisoner to a part of the gaol which reflected their status and the seriousness of the crime committed: richer prisoners would be at the top, closer to John’s quarters whilst poor and dangerous prisoners were taken to the dungeons. 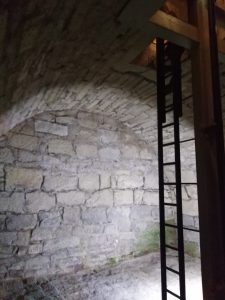 These prisoners may also have been put in stocks, chains and irons, this was mostly unregulated and depended upon John’s view of the prisoner, although laws were passed in the medieval period to limit the weight of chains put on a felon.

John was expected to earn more money by charging prisoners for being looked after. This was known as ‘garnish’ and continued the end of the 1700s. John levied compulsory charges for all prisoners upon receiving them at the gaol:

John could also charge prisoners 4d when they were released. To make extra money, he could charge for extras:

It was probable that prisoners bribed John for extra privileges; better food and bedding, access to the market-place to beg for alms, or being allowed to go to Church. 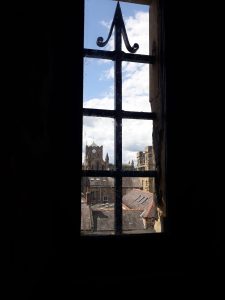 John used the prisoners to do everyday jobs – getting them to clear out the garderobe chute (toilet) for example. Nothing was wasted however – the urine was kept and sold to the local tanning industry – the faeces would have been used to fertilize the garden and local fields. 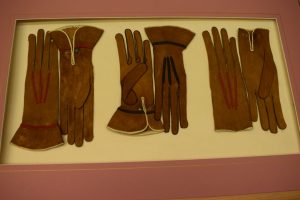 John probably made friends with some of the prisoners and he would have trusted them enough to do jobs for him, help his family, and even leave the Gaol to beg for alms in Hexham – although they would have been chained in pairs.

The Gaol was a dangerous place to be – John was there to keep the peace but there were lots issues which he would have faced on a day-to-day basis:

Prisoners were allowed to gamble, so it is likely that some prisoners lost all their belongings to other prisoners – John would have keep the peace.

Prisoners often argued and attacked each other

Illness was a big problem. Typhus – known a ‘gaol fever’ – was a bacterial infection spread by fleas and lice that commonly affected prisoners. It caused rashes, an increased sensitivity to light and delirium. If untreated, prisoners would fall into a coma and die.

Cleanliness – prisoners were not regularly washing themselves or their clothes, sometimes for months on end. As a result lice were a major problem causing discomfort and infections. Rats were also ever present pest – rats spread the bacterium Yersinia pestis, commonly known as the plague, this disease was experienced at Hexham Old Gaol several times during the last 700 years.

The voices of contemporary prisoners can be heard in Matt Stokes’s new work, Felons, at Hexham Old Gaol this summer. For more details go here.