Today we share with you a selection of objects associated with tantalising tastebuds, as we look deeper into the history of one of Berwick Upon Tweed’s oldest family run firms, the confectioners Wm Cowe & Sons.

Today we share with you a selection of objects associated with tantalising tastebuds, as we look deeper into the history of one of Berwick Upon Tweed’s oldest family run firms, the confectioners Wm Cowe & Sons.

Scotland was home to some of the earliest sweet makers in the British Isles, with records in praise of its confectionary dating back as far as 1665. By the early 18th century, the sugar trade was highly lucrative, and the commodity became more easily accessible for the wealthy. Later, as the price of sugar dropped it became available to the middle and lower classes through sweetmeats and confectionary making.

Berwick has its own proud confectionary making history, utilising Scotland’s booming sugar import trade. Ports like Greenock became known as ‘Sugarpolis’ due to the volume of goods imported from the West Indies, and the River Clyde became a highway for distribution of the products across the borders, including Berwick.

Sweet making was initially carried out by women, predominantly housewives. On the Scottish border towns these women were known as ‘sweetie wives’. Other nicknames that we know were used around this time include Candy Kate, Sweetie Annie and Taffie Knot. These early confectionary entrepreneurs would sell their products in markets across the border towns. Long before William Cowe and Sons was established, the call of the sweetie wives could be heard across marketplaces, advertising items such as:

William Cowe & Sons’ original Berwick Cockle shop was situated prominently on Bridge Street, with three double-windowed fronts, and would have been a welcome sight for people entering Berwick from Tweedmouth. The shop was so renowned that it was even immortalised in a painting known as ‘Bridge End, Berwick Upon Tweed’, by L S Lowry, which depicted the corner of the Cowe’s store, Bridge End 1936. Lowry also depicts the shop front signage in his painting, ‘Home of the original Berwick Cockles’. In its heyday the shop was one of the most popular and frequented shops in Berwick-Upon-Tweed. It traded for over 120 years, finally closing its doors in 2010.

What made William Cowe & Sons so special? The uniqueness of their sweets is one reason. Having purchased the Bridge Street premises in 1886 from the family of the late grocer and confectioner Robert Weatherhead, they began to work on the famous cockle sweet. The Cowe & Sons ‘Cockle’ was produced in 1801, a boiled sweet easily recognisable by its red stripe and strong peppermint flavour. The moulding process gave them a rounded shape with a rib around the centre that made them resemble a Cockle. The Cowe family had taken the recipe, equipment, and method for making the sweets from Robert Weatherhead when they purchased the premises. They even employed the same confectioner, Mr Andrew Farmer Turnbull to make them. In 1888 he had been making the cockles for 50 years. The Cowe family always made a conscious effort to advertise that the recipe they used was Robert Weatherhead’s. The name Weatherhead can be seen on various sweet tin label designs produced by the Cowe’s.

Such was the success of the design of the cockle that it is still going strong today, though most folk from Berwick dislike the many modern versions – “they are just not the same taste or texture as the old sweets!”

The Cowe family confections travelled around the world. During World War One Berwick Cockles were distributed to soldiers on the front. On the 28th of May 1915, the Berwick Advertiser displayed an advert that read, ‘We have sent hundreds of tins to the front this year and have had heaps of appreciation’.

We have many objects in the collection relating to the Cowe business, including this Easter egg, produced in the 1970s. The papier–mâché egg contained William Cowe & Sons boiled sweets and was sold at the famous Pollocks Toy Museum in London. The front of the egg reads:

The egg was manufactured in Germany and designed by artist Maria Wood. The front of the egg depicts a cockle surrounded by seaweed motif. The reverse also depicts a seaweed motif. Inside the egg is coloured pale pink with floral motif and mark indicating the product was made in Dresden, Western Germany. 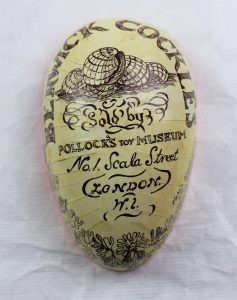 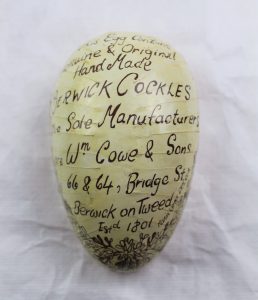 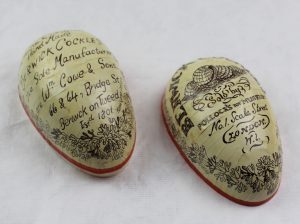 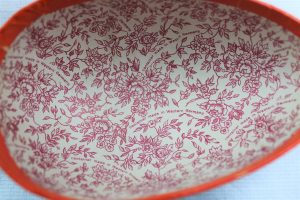 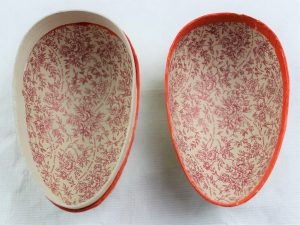 This summer, Museums Northumberland presents ‘Northumberland Folk’, a series of four new exhibitions by illustrator Jonny Hannah. Jonny has produced a highly individual and colourful take on some of Northumberland’s most celebrated stories. The selection of objects associated with the confectioners William Cowe & Sons can be seen alongside the Northumberland Folk exhibition which will run until Sunday 31st October, Berwick Museum and Art Gallery 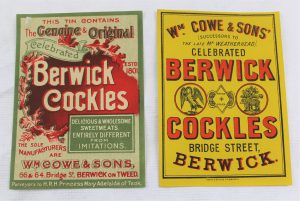 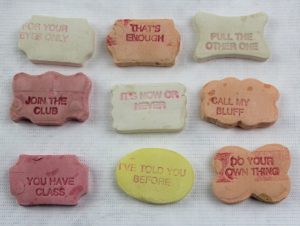 This blog was produced with the help of Freelance curator and photographer Cameron Robertson, who kindly provided research. 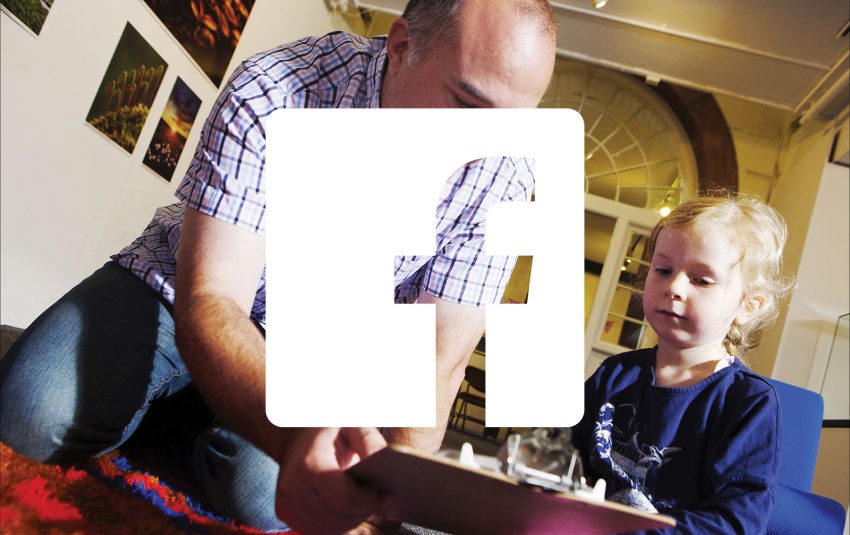 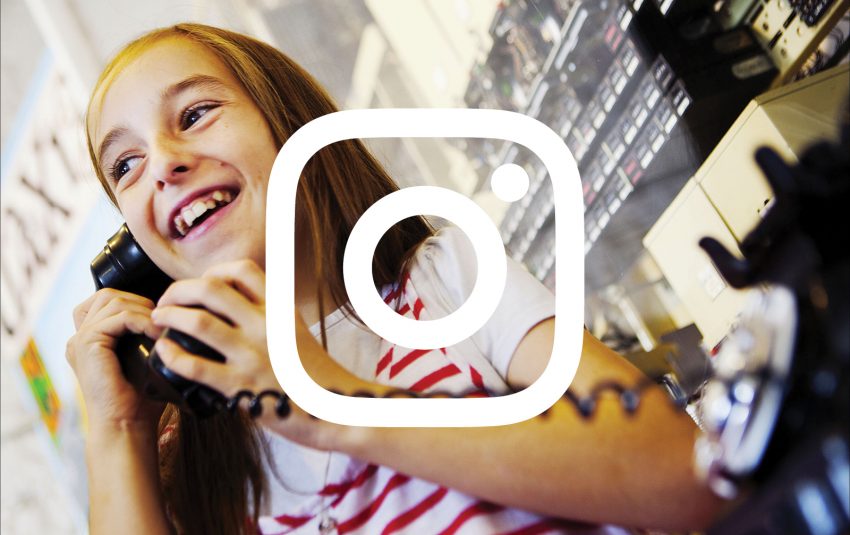 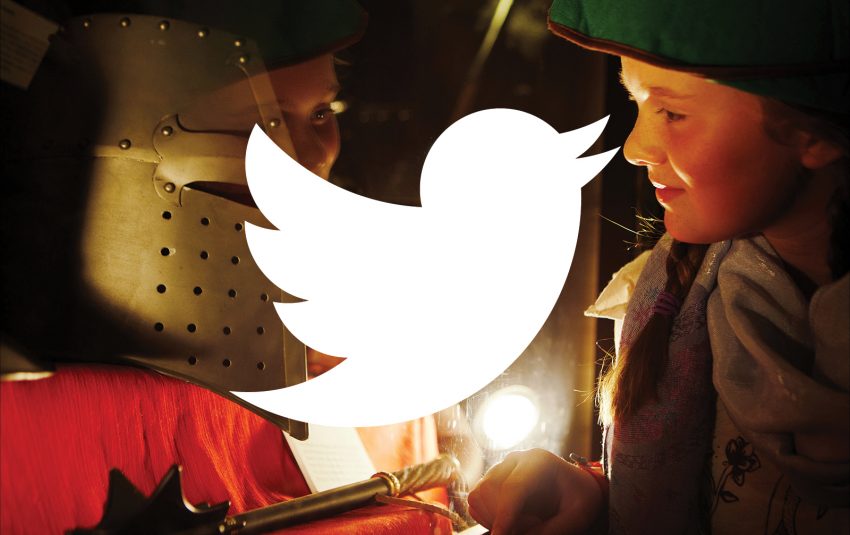