Object in Focus: No. 26 First Footing

Over the past six months the collections team at Woodhorn Museum have been working with artists, Third Folly, commissioned to create the First Footing experience.

Curator of Mining Culture, Georgina Ascroft, provided access to collections ahead of the winter performances, which inspired the artists to create the immersive experiences and art pieces.

The artists selected six moments in time to tell the story of Woodhorn Colliery in a new way.

The artists were inspired by our tallies and tally board on display in Coal Town.

Tallies were used by colliery management to clearly see who was in work, but became vital when rescue services needed to know how many men were actually underground during an incident such as a fire or explosion. 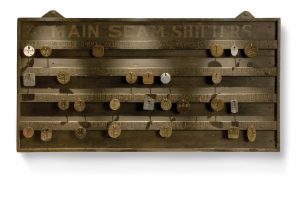 This tally board comes from Woodhorn Colliery. Tallies came in pairs and were inscribed with an identification number which was unique to the individual miner. One numbered tally was hung on the corresponding peg when a miner started his shift, and the other taken with him. 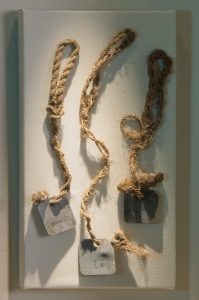 These tallies date from 1910 and were used to hang on coal tubs to identify which hewer and putter the weight of coal should be assigned to for payment.

Tallies were used in mines throughout the UK until the late 1990s until replaced by plastic swipe cards.

This experience is based in the 1920s and is inspired by the darkness miners experienced working underground.

During this time electric lights began to be widely used underground to illuminate the dark but many miners also used open flame lamps, in particular carbide lamps, in non-gassy mines where methane was less prevalent. 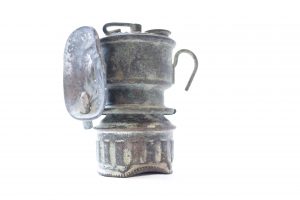 This lamp was worn on the front of compressed fibre mining helmet. It gave off a good deal of light so miners could see better underground. They were used up until the 1960s. 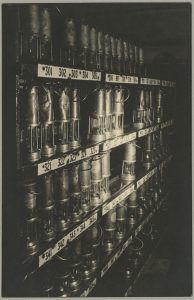 This image shows one of the lamp cabins of the Ashington Coal Company. Protector Type SL lamps were used to illuminate in gassy mines. These types of lamps were safer as they did not use naked flames. They were lit above ground using an electric ignition and made tamper proof so workmen couldn’t access the flame whilst in use. 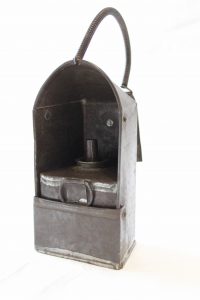 Midgy lamps were an early form of illumination particular to the North East. They carried an open flame candle in a covered tin box with an open front. They went out of use before 1900 replaced by safety lamps.

Though women didn’t work underground at Woodhorn Colliery, they could and did work in the wages offices at Ashington and Lynemouth.

Many women gave up work when they got married or had families. 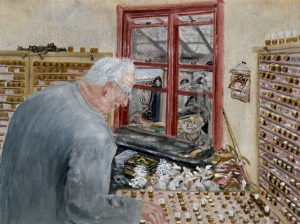 On display in the East Gallery, Woodhorn Museum

This painting depicts payday at one of the Ashington Coal Company collieries. A young lad waits at the wage office window to be given his wages in a cup. 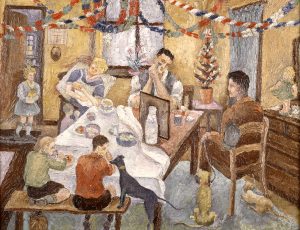 This painting shows a busy Ashington family scene over the festive period. A modest Christmas tree stands in the corner of the room and colourful paper chains hang from the ceiling. A mother nurses her newborn, a brazen whippet begs two young children for food, and a man shaves using a mirror hastily propped up on a milk bottle. 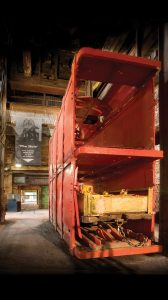 On display in No.2 Heapstead, Woodhorn Museum

This two-decked winding cage came from No.2 Shaft at Woodhorn Colliery and dates from around 1970s. It would have transported 22 men at a time. 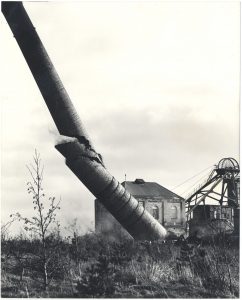 This photograph shows the demolition of the chimney at Woodhorn Colliery in the 1980s before the site became a scheduled ancient monument and subsequently a museum. 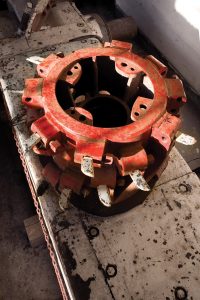 This object is part of a Anderson Boyes AB16 Shearer dating from the mid 1960s used at Woodhorn Colliery. 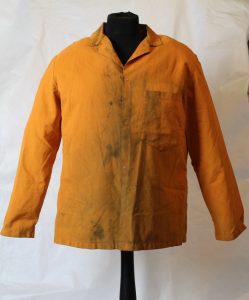 This overall jacket was worn by John Anderson ‘The German’ on his last shift out of Ellington Colliery – the last pit in Northumberland which closed on 12th April 2005. It was donated with all the other items of kit and clothing John carried and wore with him that day including his underpants and socks! 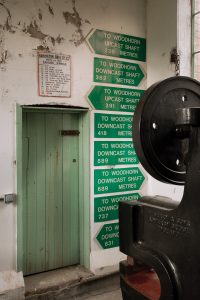 These signs were found onsite at Woodhorn Colliery after the closure of the pit and were some of the first objects to be accessioned into the museum collections. The museum didn’t open to the public till some years later in 1989.