The manufacturers, Arnold and Son, were established in 1819 and became renowned as veterinary instrument makers appointed by Her Majesty’s Government and the Royal Veterinary College.

This electric powered farming object is part of the Berwick Museum and Art Gallery social history collection.  Made from stoneware and produced by English manufacturers Arnold and Sons in London in 1953, the feeder has eight teats around the base and is approximately 280mm tall. The rubber lid of the feeder also acts as the warming mechanism, complete with metal conductor rod attached to electrical Bakelite plug-in lead.

The farming apparatus appears to have been used for lambs, piglets and calves. As the name of the object suggests, the foster mother would mimic the feeding action of the mother, on whom the offspring would rely for survival. In many cases, mothers may not always be present to feed the offspring, so the device would enable farmers to maintain the survival of livestock. Today, similar devices are still used, although these are made of more cost effective, heat retaining materials.

The manufacturers, Arnold and Son, were established in 1819 and became renowned as veterinary instrument makers appointed by Her Majesty’s Government and the Royal Veterinary College. They held premises on 31 West Smithfield and 1-3 and 15-16 Giltspur Street London as well as showrooms at 50-60 Wigmore Street, London. During the First World War, the company produced medical items for military surgeons. 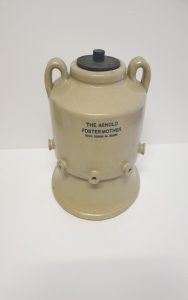 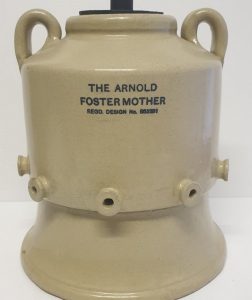 After 109 years in manufacturing, Arnold and Son was bought by Savory and Moore, a chemist company known for producing American dentifrice, tooth powders, medicines, and perfumes that had three shops in London and one in Brighton. In 1968, the contents of one of the London premises was acquired by the Wellcome Trust, who retain an extensive catalogue on various objects produced by the manufacturer which can be accessed here.

Their catalogue of surgical instruments can also be viewed here. 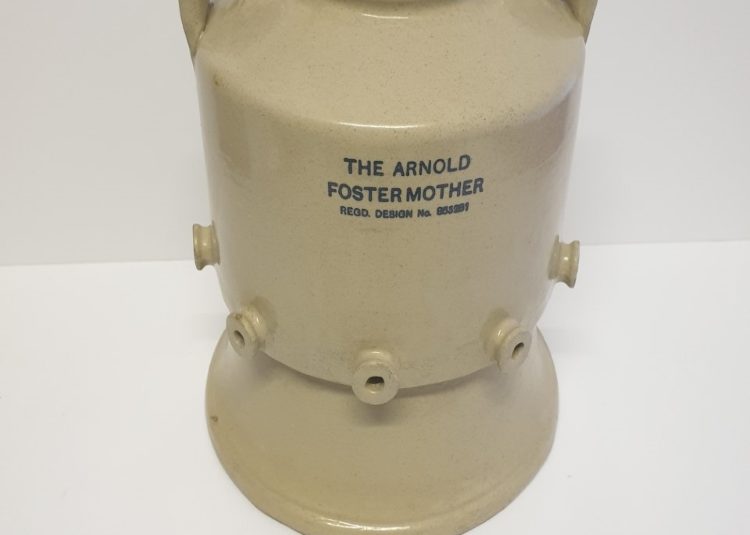