This is the history of a true Northumberland heroine, Lizzie Storey, who fought with two men to protect her mistress...

Elizabeth Storey (known as ‘Lizzie’) was the servant-girl and companion to an old lady who lived in a remote farmhouse about 10 miles from Hexham.  During snowy weather on the 24th October 1867 Lizzie and her mistress, Sarah Maugham, were roused from sleep by sounds from the dairy. Lizzie noticed that the front door had been barred so as to prevent their escape: to the rear of the building, they heard two men attempting to break in. Lizzie and Sarah took up a gun and a scythe and warned them off from the dairy – but the men seemed to know that the women were alone in the house (except for a collie dog) and broke the window despite the women’s threats. Lizzie attempted to shoot the intruder, but the gun was old and unprimed and it miss-fired. The first of the men, Robert Adamson, jumped through the window and struck Lizzie in the face knocking out two of her teeth. Lizzie grabbed a broom and hit Adamson on the head. Meanwhile the other attacker, Thomas Finney, had run into the house and brutally battered the 70 year old Sarah, kicking her while she lay on the floor.

Adamson grabbed Lizzie by the hair, striking her cruelly and pulling her across the floor. She shouted to her mistress to “Get the scissors and cut my hair!” in order to free herself (see illustration below).  She struggled free, attacked the man again and ripped his mask off so that she could “know him again”. The candle was overturned in the struggle and the women made their escape to a room and barred the door. One of the attempted to enter the room via the window but Lizzie aimed a colossal blow at the intruder (probably Finney) which smashed the window. The men seemed to disappear, and Lizzie ran to the nearest farmhouse to get help. 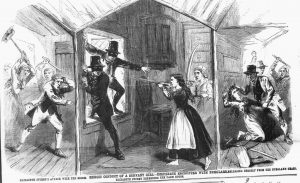 The encounter was vividly recreated in the Illustrated Police News

Adamson was captured at Annfield Plain, whilst Finney was apprehended on the road to Hexham by Sergt. Young of the Northumberland Constabulary. Finney overpowered the policeman however and escaped, only to be recaptured and conveyed to Hexham (probably the House of Correction) on the 9th December.  Both men were later sentenced to fifteen years penal servitude. 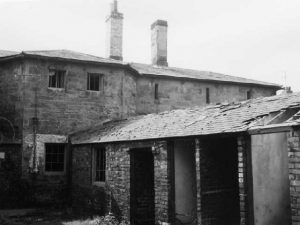 The House of Correction, Hexham, as it looked in the mid-20th century.

In 1867, Lizzie’s friends and neighbours gave her a silver tea-service engraved with her initials and the line: “Presented to Elizabeth Storey, as a token of esteem for her heroic conduct with the burglars at Parkside, on the night of the 24th October, 1867”.  The judge that presided over the case publicly praised Lizzie’s bravery, but as the court hearing ended he was moved to reward her £5 as “she had behaved so gallantly … that it reminded him of some story of romance, rather than an incident from every-day life.”

James Armstrong, a Northumberland poet, wrote about ‘Gallant Lizzy Storey’ in 1868.  The final verses of his poem read:

Entwine it with the tartan and heather-bell so rare;

Place it on Lizzie Storey’s brow, that fought so gallantly,

And crown our dauntless heroine the Queen of Victory.

Museums Northumberland manages three properties in Hexham relating to crime and punishment in the Tyne Valley – The Old Gaol, the Moothall and the Hexham House of Correction.  This tea service is part of this collection.  For more information please contact:  collections@museumsnorthumberland.org.uk 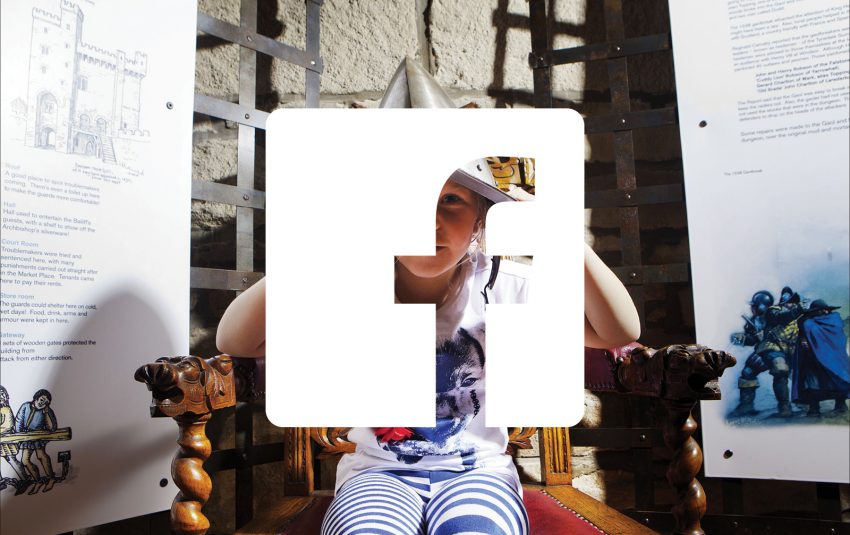 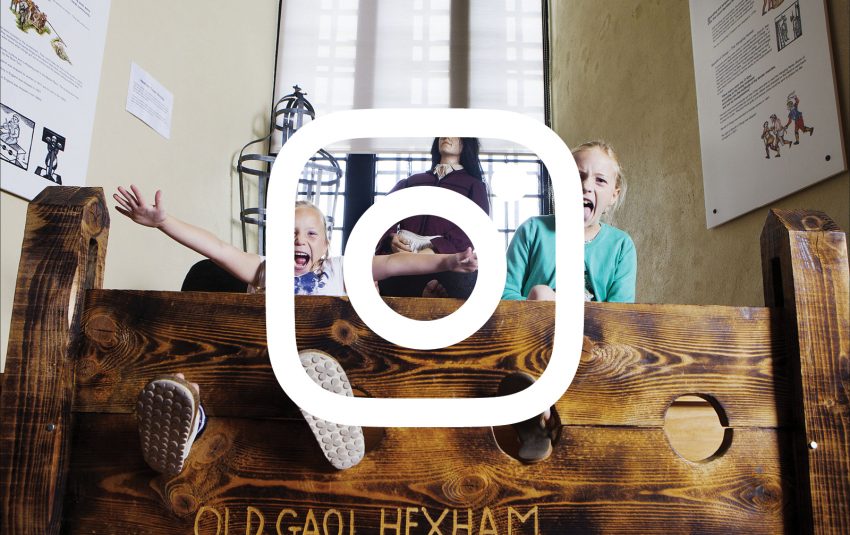