School of Computing at Newcastle University

The first British university to teach a course in computer programming to undergraduates.

Computing at Newcastle University has a long and prestigious history. The original Computing Laboratory, founded in 1957, served a dual function, providing computing support as well as taking an academic role. The first computer at the Laboratory was a Ferranti Pegasus. It was installed in November 1957. It was christened Ferdinand (FERranti DIgital and Numerical Analyser Newcastle and Durham). As there were few computers at this time, access to the Ferdinand was made available to local industry. Between 1957-1958, Newcastle became the first British University to teach a course in computer programming to undergraduates. In the years following, more computer courses were set up and the numbers of students signing up increased, as students and employers began to appreciate the benefits of combining computing skills with other subjects.

In 1967 a new computer arrived at the university, the IBM 360. This was the first multiple-access computer outside North America. It displayed a new style of computing and supported several remote access terminals. These terminals gave users an illusion of having the machine to themselves. This setup was an early pre-runner of today’s PC (personal computer) systems. That year also saw the introduction of the first undergraduate degree programme in Computing Science. They graduated in 1969 amongst the first graduates to do so from any UK university. 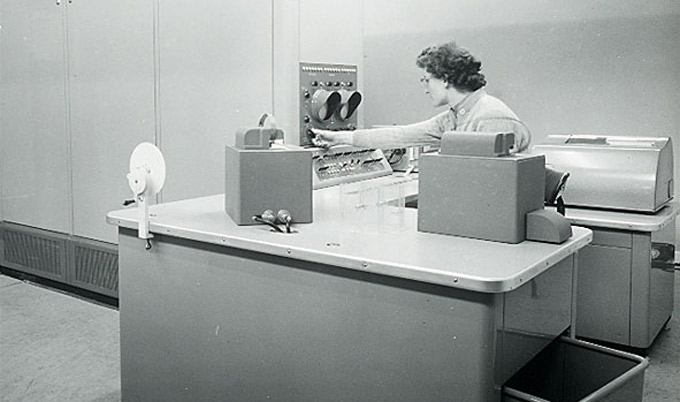 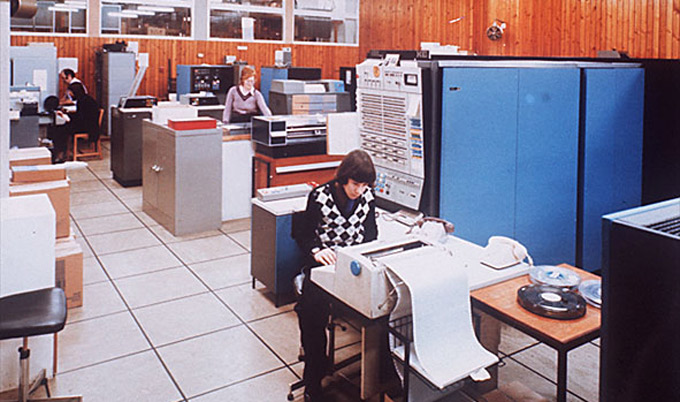 The demand for computer science grew rapidly in the 1960s.