Can we imagine what the world would be like without the light bulb? Joseph Swan, a physicist and chemist, was it’s inventor. Born in Sunderland, he moved to Tyneside where, after many years of persistent effort, he created the first successful ‘incandescent filament electric lamp’ – the lightbulb in 1880. With his new invention, Swan helped put himself and the North East on the map as the home of many world firsts. This included the first private residence in the world to be lit by incandescent lamps – William Armstrong’s Cragside residence in Northumberland, and in 1880 Mosley Street in Newcastle became the first public road to be lit using electricity.

On the back of these successes, demand began to escalate rapidly and so, in 1881, he opened the world’s first light bulb factory in the world in Benwell, in an old tannery. A team of specialist glassblowers from the Thuringian district of Germany were employed, alongside a group of local women who were hired to perform the task of making the fragile filaments.
In 1883 Swan teamed up with Thomas Edison of the USA, who also had just made a successful electric light bulb. Whilst Swan was the first to start creating the lightbulb, Thomas Edison was the first to commercialise them.

Edison held the patent in the US, while Swan held the patent in the UK. Edison decided to negotiate rather than risk losing a lawsuit over his lightbulb patent and so, in 1883, the Edison and Swan United Electric Light Company was established and was commonly known as Ediswan. After the merger, demand outgrew the Benwell factory’s capacities and it was closed down with a larger factory opening in Middlesex, nearer to Swan’s new London home. But as demand eventually also outgrew that factory eventually, the Benwell works were revived and remained open until 1913. 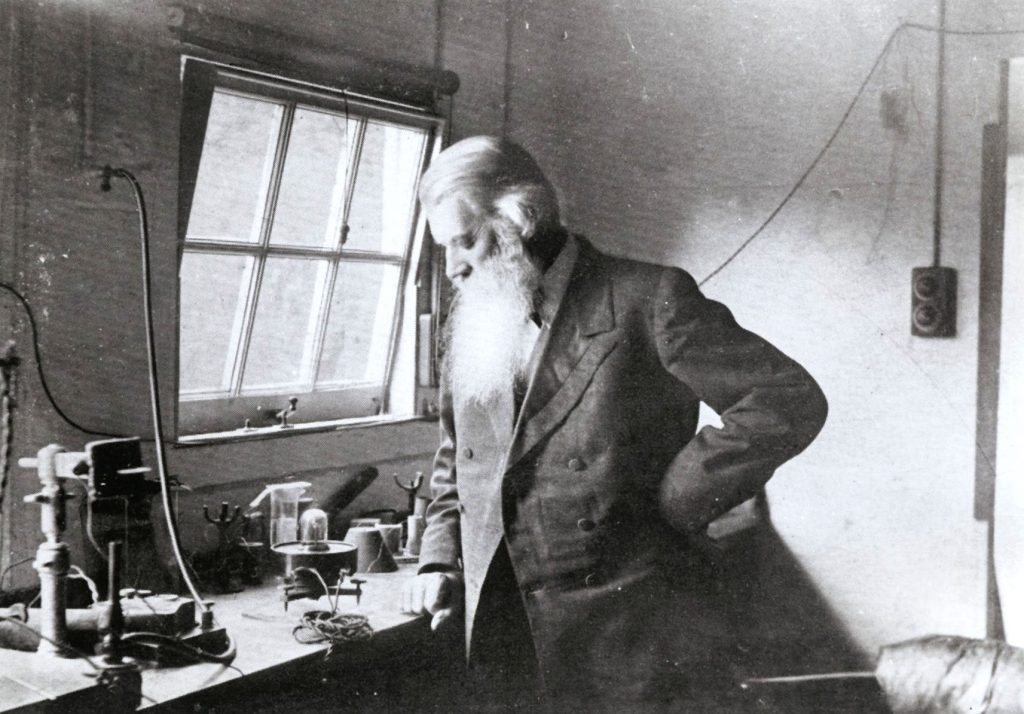 Joseph Swan in his laboratory. 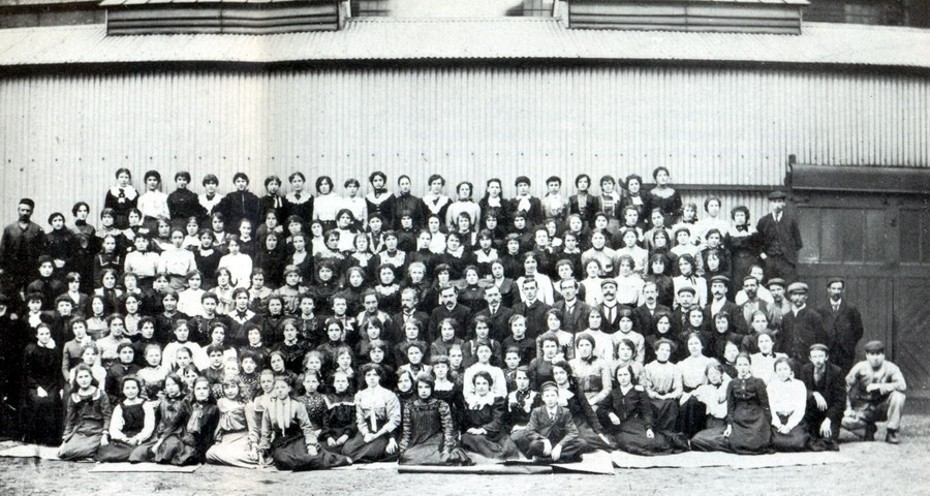 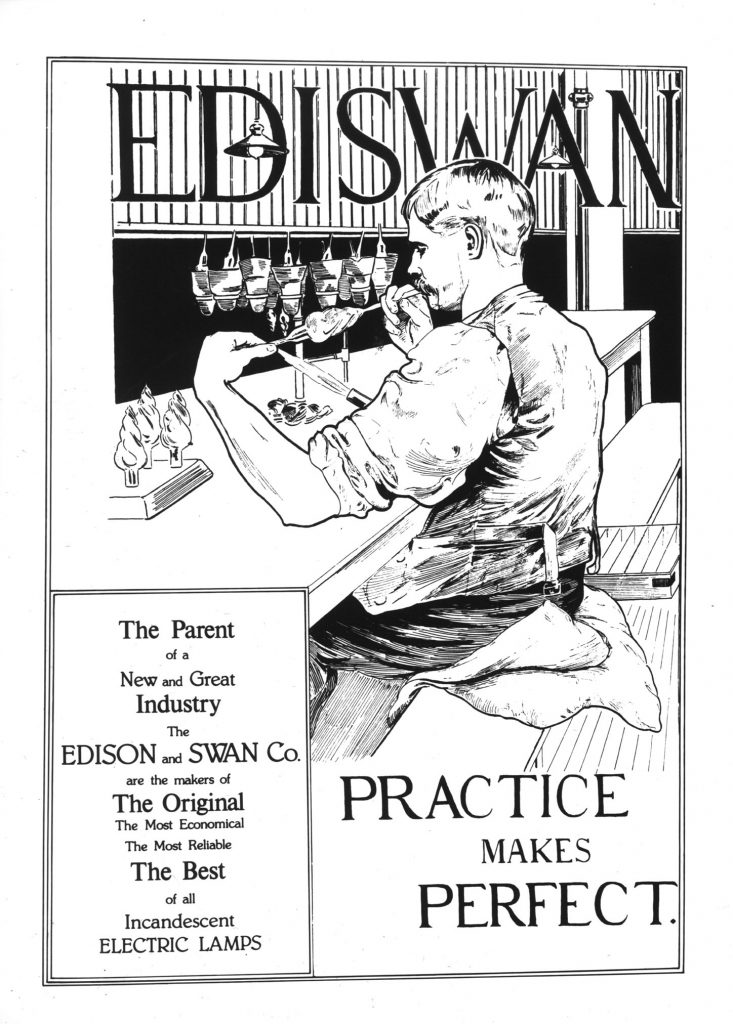 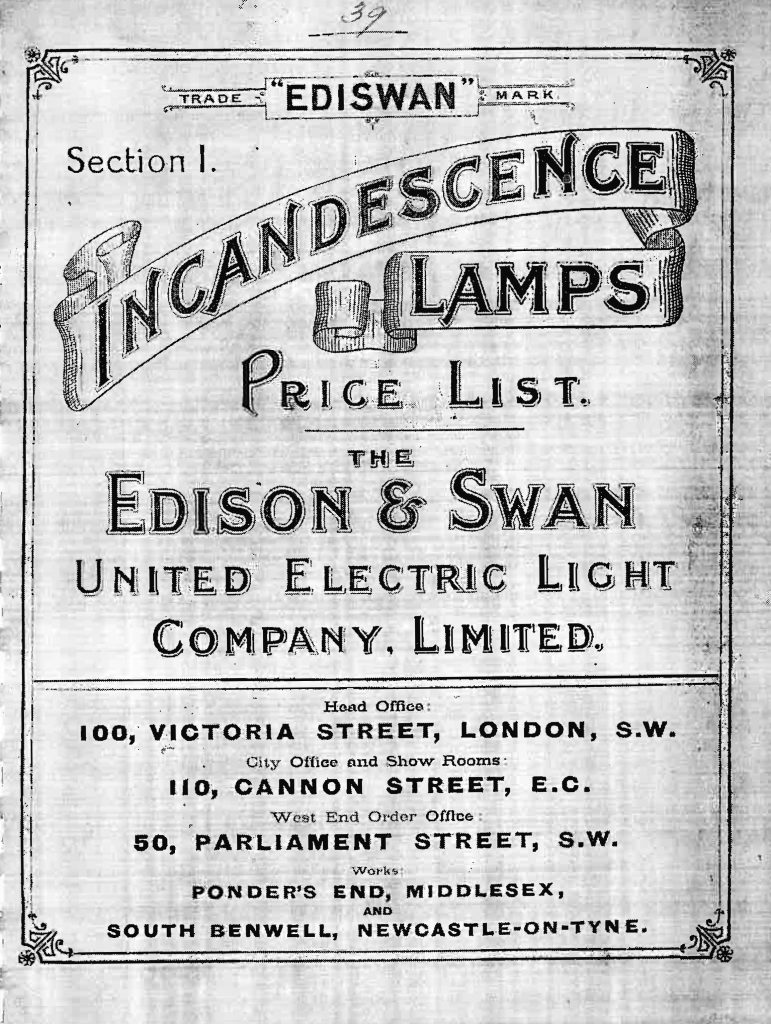 Further information about the history of the electric lightbulb