The first chain suspension bridge in Europe to carry wheeled traffic and the oldest still in use worldwide.

The Union Chain Bridge spans the River Tweed connecting the parishes of Horncliffe in England, and Hutton in Scotland. Designed in 1820 by entrepreneurial naval officer Captain Samuel Brown, the Category A/Grade I Listed Union Chain Bridge was the first chain suspension bridge in Europe to carry wheeled traffic and remains the oldest still in use worldwide.

The manufacturing and engineering techniques employed on the Bridge were hugely influential in the global development of suspension bridges. Sitting four miles upstream from Berwick-upon-Tweed, the structure remains very much as it was when it was first completed. It contains the earliest and only remaining examples of Samuel Brown’s patented eye-bar wrought iron chains. The Scottish pylon is also the oldest standing road suspension bridge masonry pylon in the world.

The bridge uses Samuel Brown’s pioneering eye-bar links to make a chain out of several long iron bars. His patented design for these links hold the horizontal suspension chain components together, but also join them to the vertical hangers which hold the road deck

When it was opened in 1820, it was the longest single clear-span bridge in Europe. In 2021 the bridge was conserved so it could be used for a further 100 or more years. 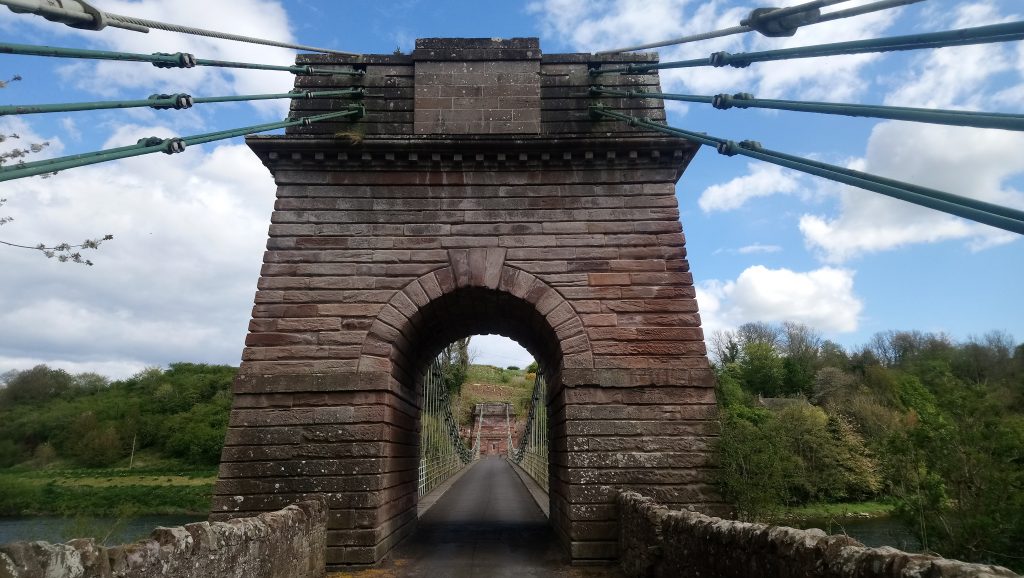 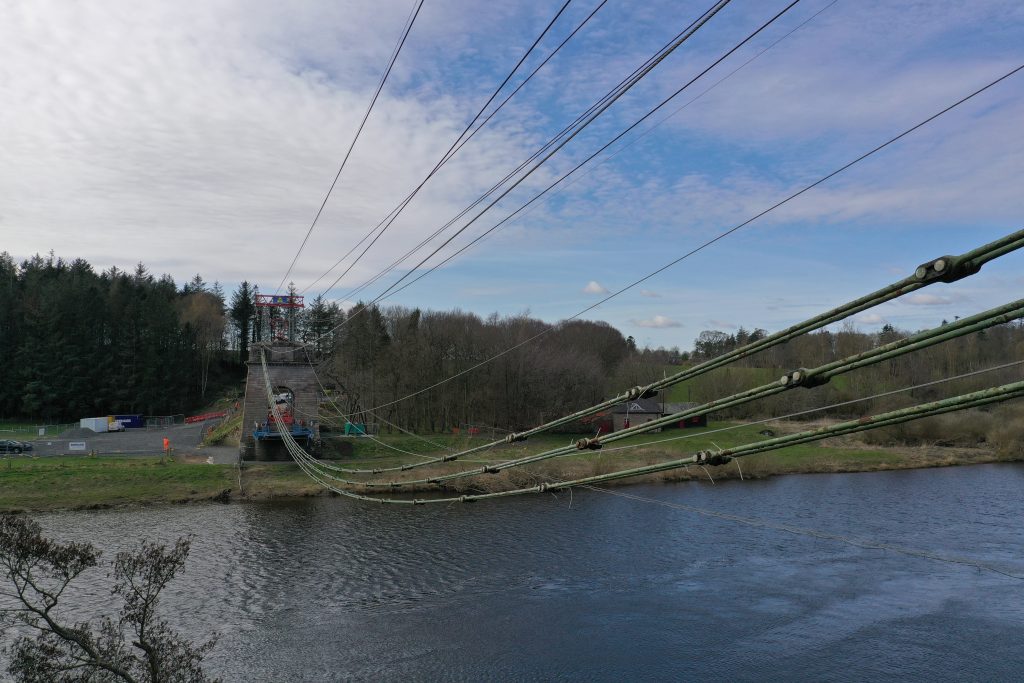 Find out more about the bridge and our Museums Northumberland Union Chain Bridge partnership project here.