The first chemical works in England to use the Leblanc process to make soda from salt.

Local coal mining led to the establishment of the chemical industry in Walker due to the brine springs in the Walker Pit. The salt from the brine was used in the manufacture of alkali. Alkali-making started to develop in the 1700s and was linked to increasing production of industrial products like cloth. Chemical products like soap, dyes and bleach were increasingly in demand and the need for glass also encouraged the industry. In 1798 John and William Losh and the Earl of Dundonald took out a lease on this rich supply of brine at Walker and started pumping it from the pit to use as a valuable raw material as they experimented on how to produce soda from salt. Dundonald then sent William Losh to Paris to study Nicolas Leblanc’s prize-winning process and in 1807 William Losh, Thomas Wilson and Thomas Bell set up the Walker Alkali Works by the river and it became the first site in England to use the Leblanc process. They went on to manufacture sulphuric acid, copperas, caustic soda and dyes. The manufacture of bleaching powder began there in 1830 and the works were soon manufacturing half the soda in England.

One of the great problems associated with the alkali works was pollution, mainly from emissions of hydrochloric acid fumes which devastated the surrounding countryside. One solution was to build tall chimneys to drive the fumes further away. Losh, Wilson and Bell opened the neighbouring Walker Iron Works in 1809. The Walker Alkali Works built the first Walker West School for the children of its workers. The chemical industry moved to the south of the region, to Teesside in the late 1800s, and so the company moved its premises there too and the Walker works was out of use by the early 1890s. 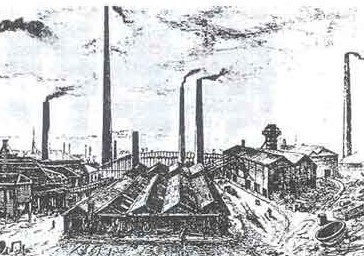 A typical LeBlanc alkali works of the 19th Century. The tall chimneys were the first attempts to limit the environmental damage caused by fumes. 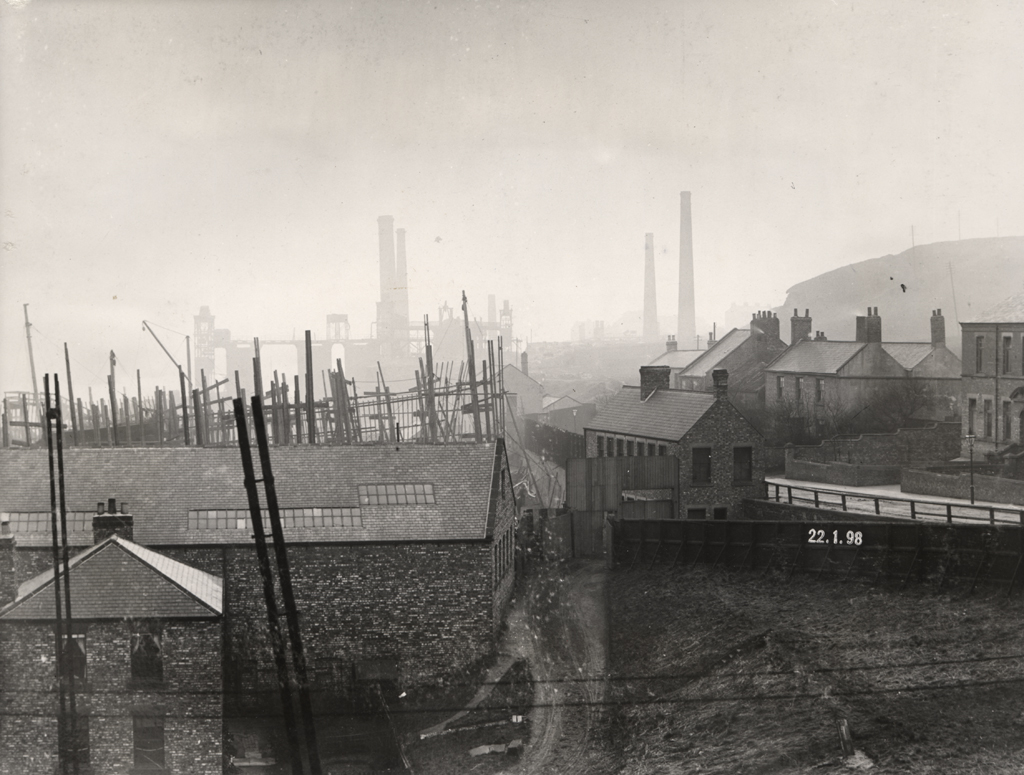 Wincomblee Village, Walker in 1898 with the chimneys of Walker Alkali Works in the background.