The first ironworks to use Cleveland Ironstone.

In 1809, William Losh along with Thomas Wilson and Thomas Bell, opened an iron foundry and engineering works opposite their Walker Alkali Works. It saw in the many changes in the production process of iron through the time that it operated and the Walker Ironworks became largest in the North of England. It manufactured rails for the first railways, steam engines for mills, collieries and ironworks, and iron boilers and ship plates. The ‘father of the railways’ George Stephenson was briefly a business partner and in 1918, his original wooden waggonway was completely relaid with cast-iron edge-rails made in collaboration between Stephenson, who owned the patent, and Losh, Wilson and Bell. Later, two rolling mills were installed, which worked on the same principle as rolling dough, rolling the iron to different thicknesses and uniformities. One was run by the so-called ‘discoverer of Cleveland Ironstone’, the mining engineer John Vaughan, before he left to found the major rival firm Bolckow Vaughan. Thomas Bell’s son Lowthian joined the firm in 1835 and became perhaps the best known ironmaster in England. In 1849, Losh, Wilson and Bell were subcontracted to work on the Newcastle-Gateshead High Level Bridge, and they were responsible for constructing the bridge approaches that used iron from the works. In 1869 the works made the pioneering tunneling shield and iron castings to line the Tower subway tunnel in London that was to run under the Thames. Previously, all such linings had been made from brick and the tunnel enabled 20,000 passengers a day to traverse the Thames for a halfpenny each way.

An iron puddler from the works, Robert Chambers, won the sculling championship at the 1857 Thames Regatta. The heavy work stirring the iron was said to have strengthened his arms and shoulders.

Towards the end of the 1800s rising costs of importing raw materials and the discovery of bigger iron deposits in the Cleveland Hills, eventually led to the transfer of the Walker iron industry to Middlesborough and the iron works closed in 1891. 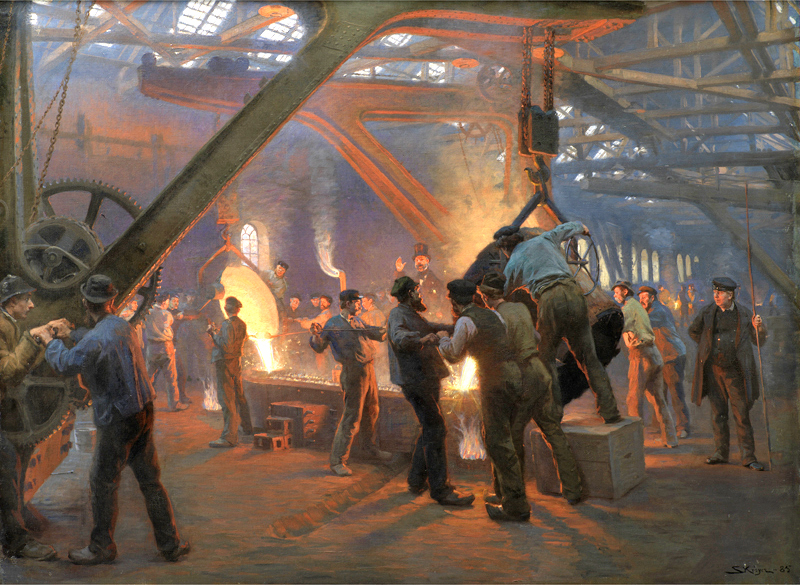 Casting at an iron foundry by artist Peder Severin-Kroyer in 1885, similar to Walker Ironworks. 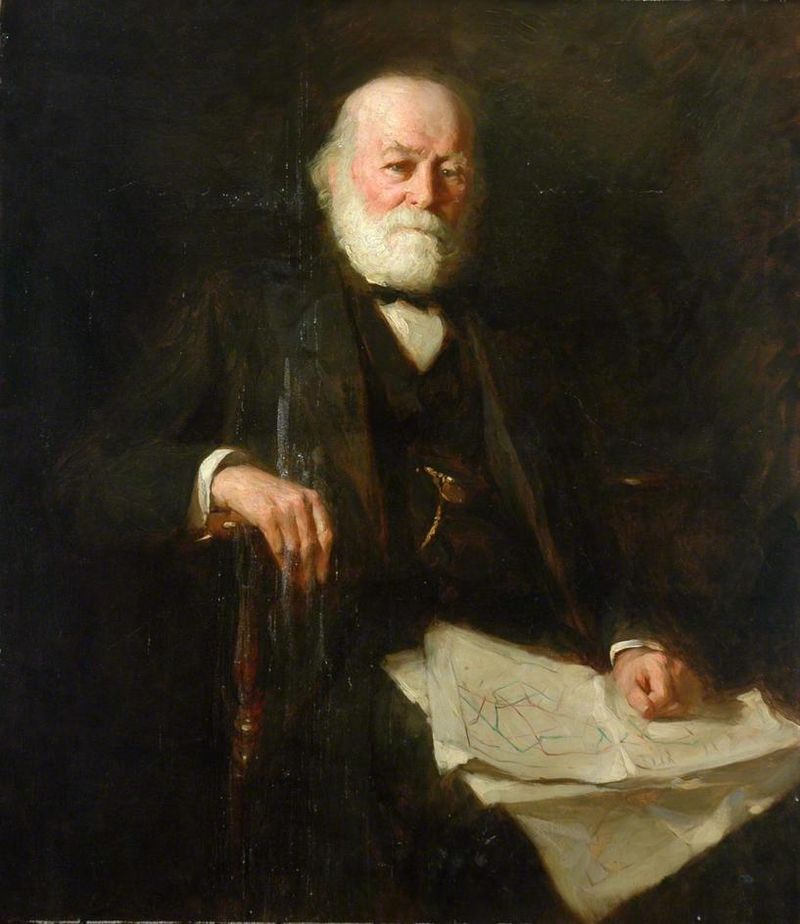 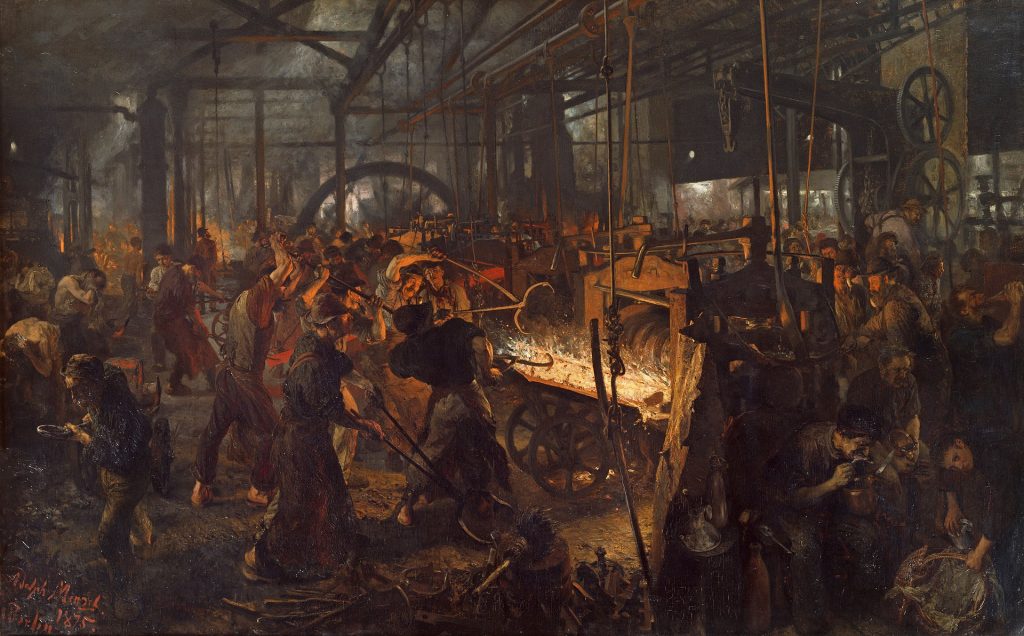 The Iron Rolling Mills by artist Adolph Menzel in the 1870s, similar to those at Walker Ironworks.