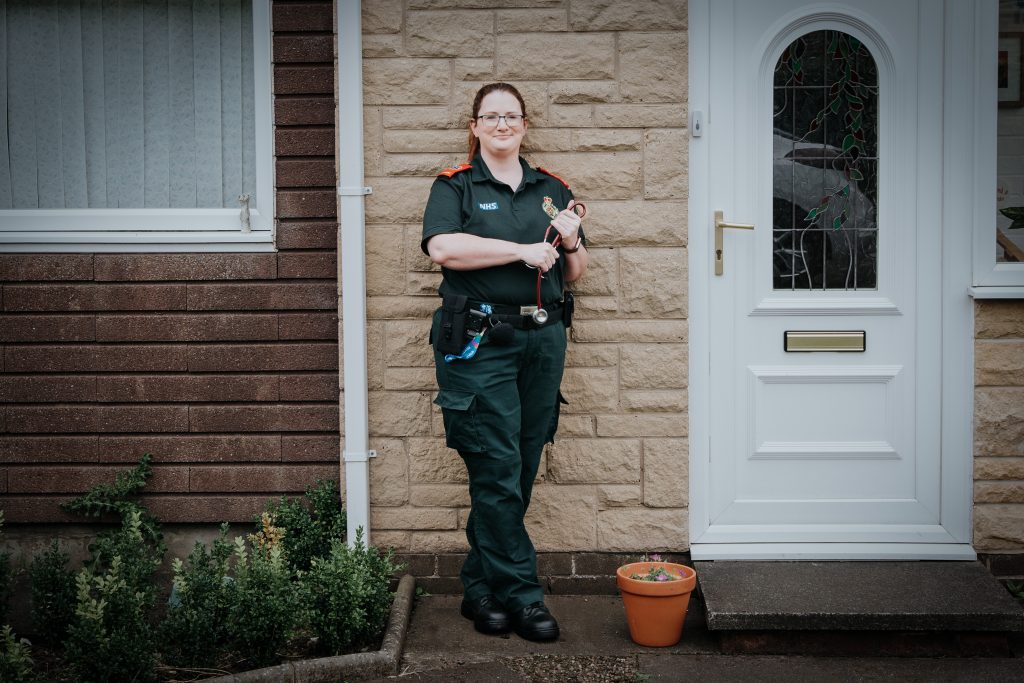 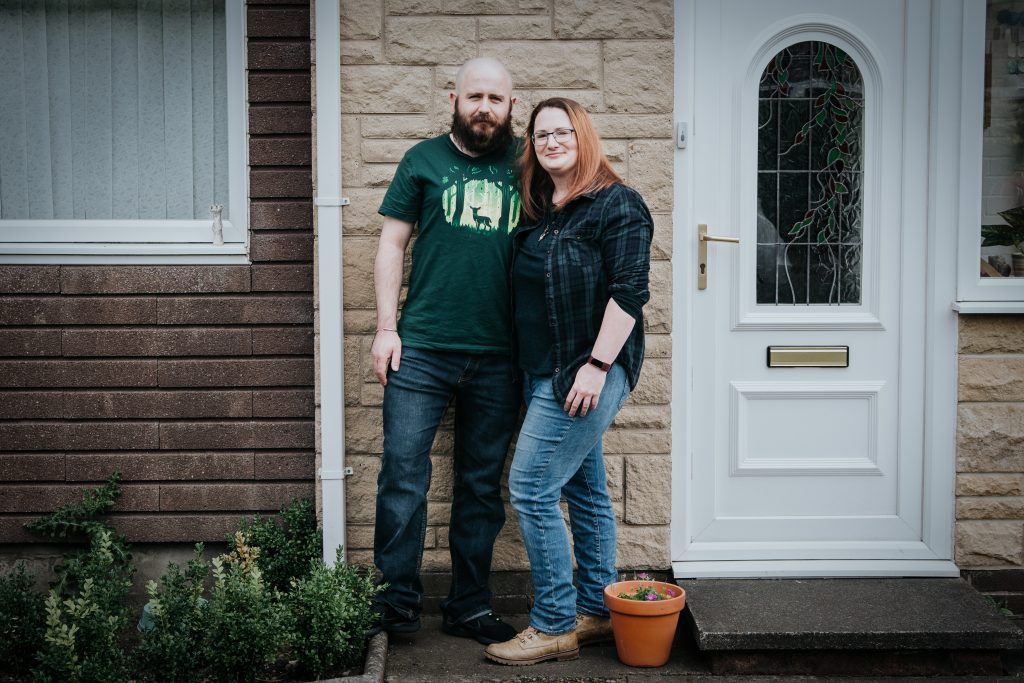 I’ve an Ancient History degree and actually used to work at Woodhorn as a customer host. And then I thought this isn’t really what I want to do, and I got a job as a healthcare assistant at a doctor’s surgery. I’d never thought of doing anything medical before that. I decided I wanted to be out on the road, so I came up with a five-year plan to be a paramedic, and here I am! I qualified in February so I’m still a newly qualified paramedic (NQP), and I absolutely wasn’t expecting to be an NQP in the middle of a pandemic!

The main thing that really sort of changed with my job was the sheer amount of protective equipment and protocols we had to put in place to deal with people. We have to wear masks, face shields, aprons and gloves – it was quite difficult to wear the masks initially because they felt quite hot and abrasive, but I got used to it fairly quickly. I find it comforting to know I’ve got this kind of protection on me.

It was quite scary initially knowing you could be going into somebody’s house and they could have this infection which is quite dangerous and virulent. My elderly parents live with me and they were shielding, so I was very anxious about how I was going to protect them. Thankfully work put me and my partner up in a cottage, so we lived in a totally separate place away from my family from March to the end of July. I was grateful that my partner could stay with me, but it was really weird and emotional not being able to see or hug my parents.

One of the most enjoyable parts of my job during the pandemic has been the sense of community. People have put biscuits or sweets on the ambulance windscreen, a local pizza place gave us free pizzas, and we got donations from the community. And the ‘clap for carers’ was really nice. But I guess the most challenging has been the physical side of things. Whenever we do a cardiac arrest we have to get fully dressed up in a plastic suit, mask and it’s really hard work doing the physical sort of aspects of CPR in something like that.

It’s also been really sad when patients aren’t allowed to have family come with them into hospital. We had to take a guy in who was really poorly, and his wife had never been away from him in the sixty years that they’d been married. It was heart-breaking. It’s just the fact that we aren’t allowed to take family members in with us – that’s been really tough. This pandemic has been less about my actual job, what I kind of practically do and all the medical stuff, and more about people; learning how it’s affected different people, how to be supportive to them, and how they react to trauma and mental health problems.

I’ve kept my own health and wellbeing in check by trying to do crafty things, although it was difficult not being in our own place with all my stuff. I do early medieval re-enactment, so I’ve done a lot of kit fettling, stitching stuff and making things like fishing nets, and we had Zoom conversations with us all dressed in our kit which worked quite well. The cottage that work put us up in was on a farm, and there was a path around a lake, so we had walks there which was nice.

For anyone interested in being a paramedic I’d say go for it. There are stressful times but for the most part you get to help and interact with people. Don’t think you’re not smart enough, because anybody should give it a go. Yes a good portion of the job is having the knowledge and knowhow, but a major part is dealing with people – so having personal experience and the ability to deal with people goes a long way.