The story of the ‘Jackie Milburn’ orchid was discovered by artist Matt Stokes during his research into a newly acquired collection of artefacts that belonged to Ashington born miner and footballer Jackie Milburn, ‘Wor Jackie’, which was gifted to Woodhorn Museum by Milburn’s son. The artefacts include photographs and press materials, along with a reel-to-reel tape recorder (brand named ‘Soundmirror’) and spools of home recordings made by the Milburn family during the early 1950s.

Within the collection was a scrapbook containing newspaper cuttings about a Northumbrian orchid grower, W J Stables, who in 1953, named a hybrid orchid after Jackie Milburn. The plant was presented to Jackie and his wife Laura, following the plant’s inclusion in the Newcastle and District Late Chrysanthemum Show. The office of the Mayor of Newcastle even suggested that the Latin name of this orchid, x Brassocattleya Heatonensis, should become a new terrace chant at St James’ Park.

Unsurprisingly, this ambition was never realised and the story of the ‘Jackie Milburn’ orchid disappeared into obscurity. Stokes embarked on a quest to discover whether it would be possible to find or recreate the ‘Milburn’ orchid. With the help of a global network of orchid enthusiasts including the RHS Orchid Committee, private collectors and Botanical Gardens, a living x Brassocattleya Heatonensis was found in Germany. The private collector who owned the orchid generously divided her specimen, and donated the plant that you can see presented here within a specially built ‘orchidarium’.

This orchid is being gently coaxed to grow and hopefully flower by the home recordings of Jackie and Laura Milburn singing, captured using the ‘Soundmirror’ machine. The orchidarium functions as a sculpture, and takes its title from the ‘reel-to-reel tape recorder.

The artwork was first presented at Woodhorn Museum in an exhibition in Summer 2019 and is currently on loan to the museum from the artist. After 18 months of care and attention from the staff at Woodhorn Museum we were absolutely delighted to find the orchid had flowered on 01 January 2021. Rowan Brown, chief executive at Museums Northumberland said “It’s very symbolic of the new start many of us are looking forward to in 2021, and a sign of brighter things to come.” 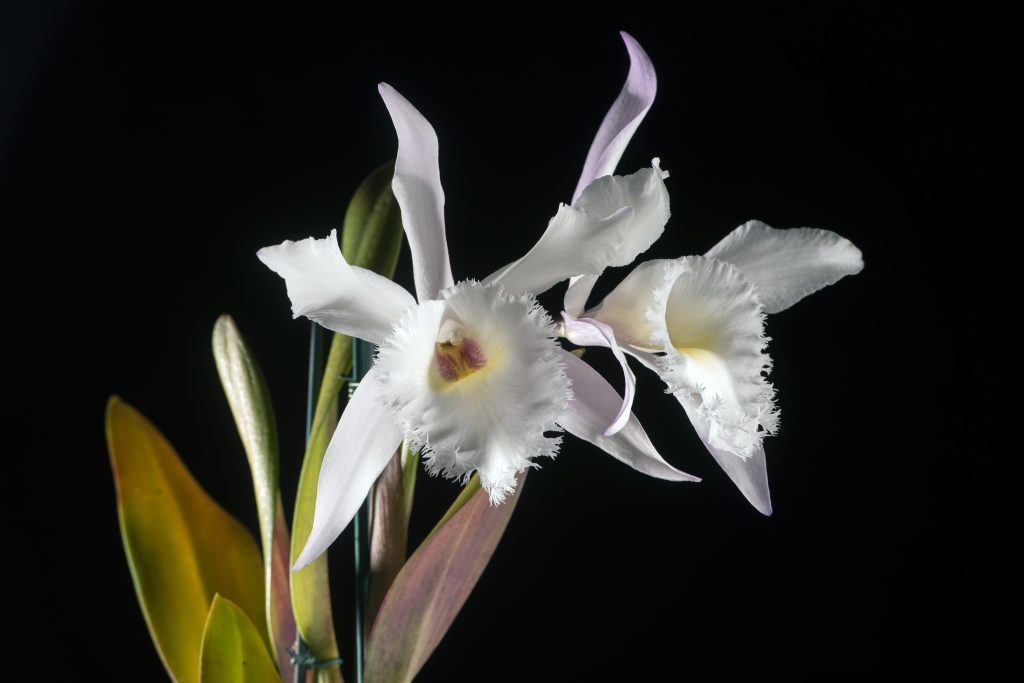 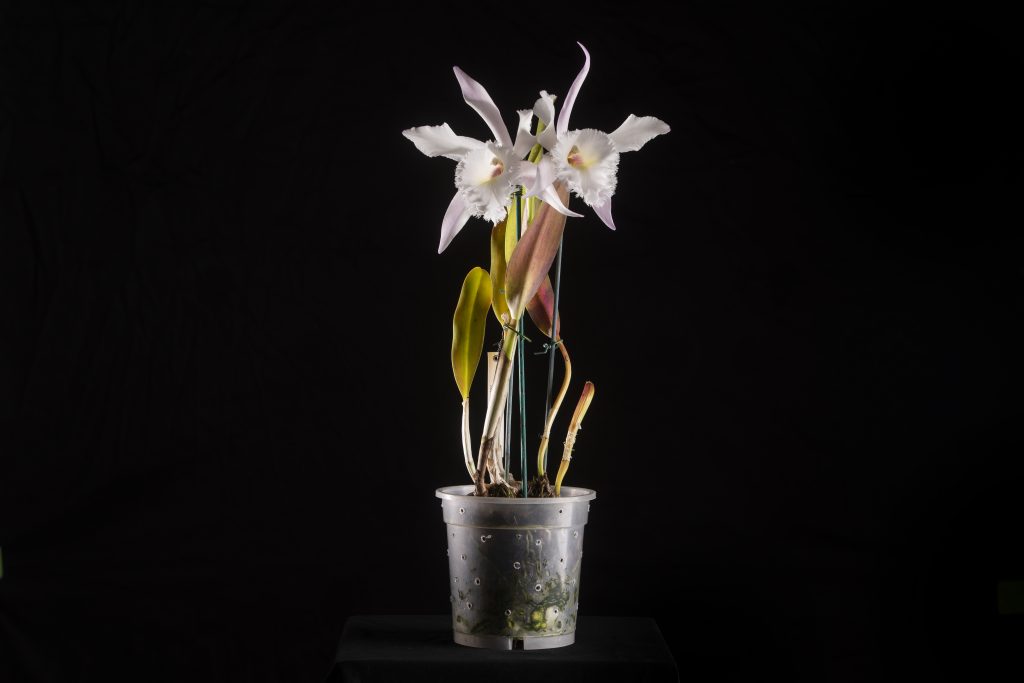 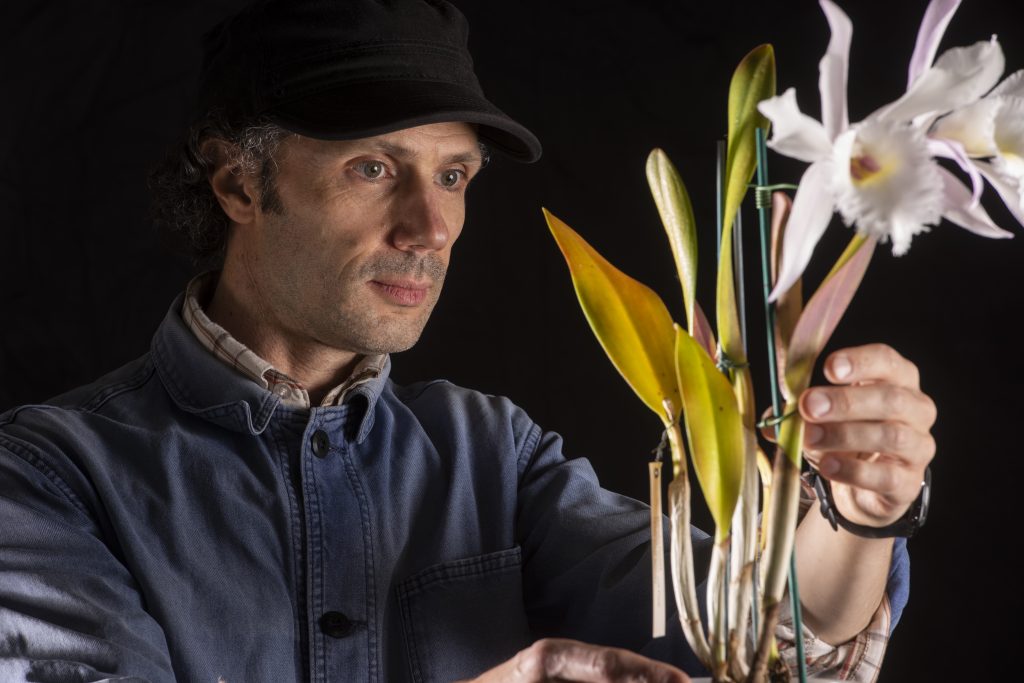 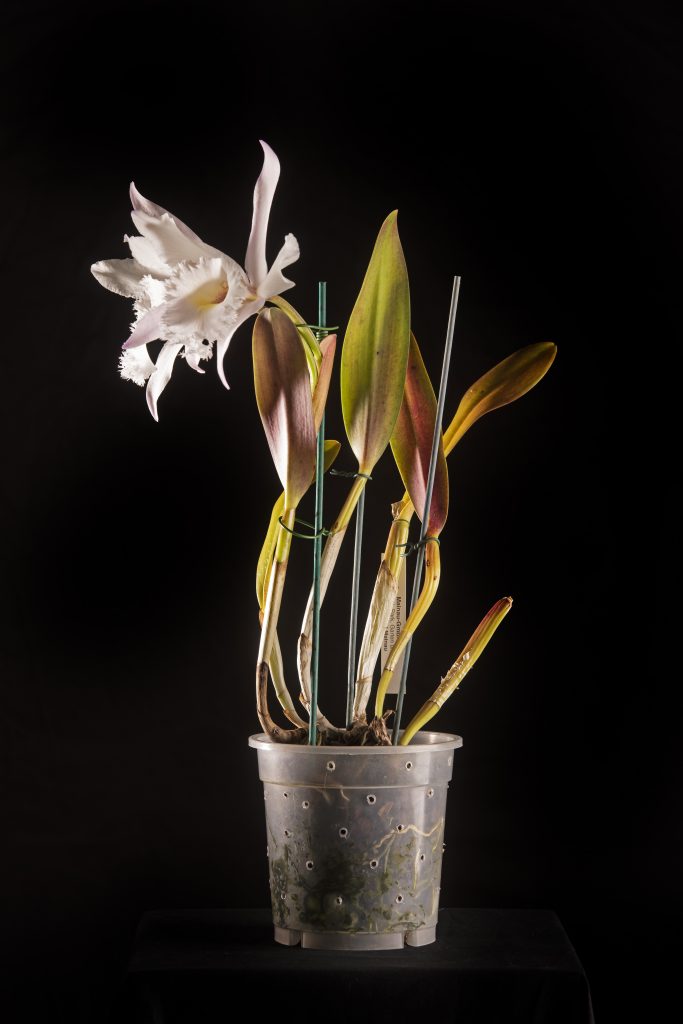 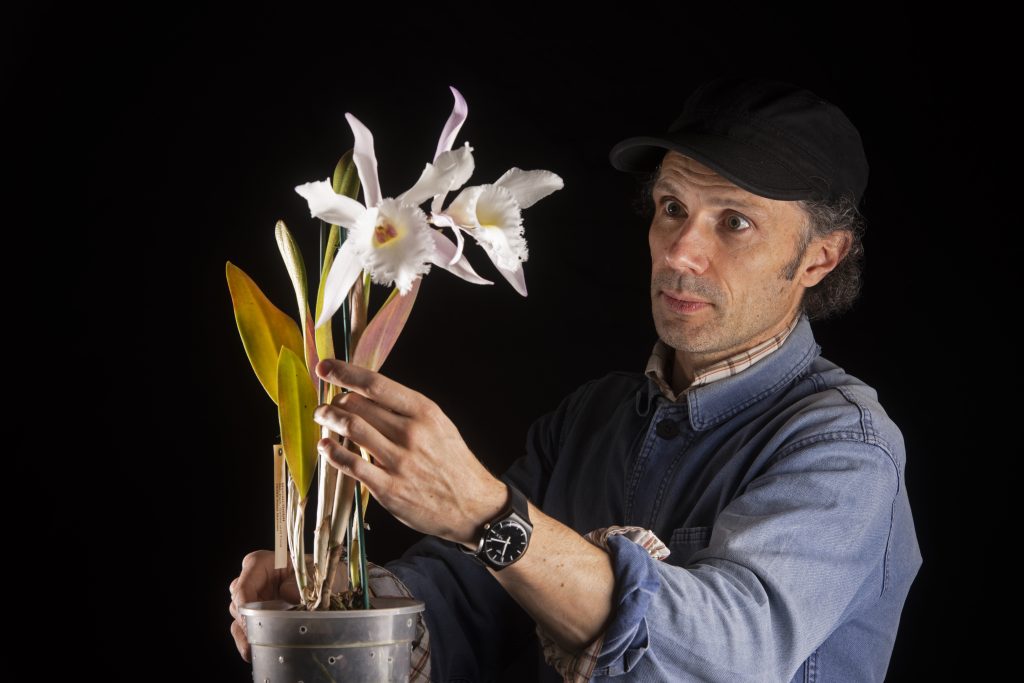 ‘Soundmirror’ has been supported with generous public funds from Arts Council England and Northumberland Country Council.